(This post may possibly include affiliate links. That means if you click the link and purchase something, I will get a commission--but you won't pay any more than if I didn't get a commission. To learn more, please visit my Disclosure & Privacy Policies page.)

We like to think we know what lies ahead on the long and winding road of life. But the truth is, life has no guarantees, except for the guarantee of salvation if you’ve placed your faith in Jesus Christ. I understood this shortly after I was saved, but the truth behind it didn’t really hit me until September of 2014. That’s when my husband, my knight in shining armor, was diagnosed with a chronic illness. Thankfully, he has the same guarantee of salvation. Today, I’d like to share the story of our long and winding road as it has unfolded so far.

Feeling “Out of Sorts”

During the summer of 2014, my husband mentioned that he didn’t feel quite right. When pressed to elaborate, he said he couldn’t quite put his finger on it.

By all appearances he was healthy. His physical the previous December was uneventful. We took 30-minute walks (approximately 1.5 miles around our neighborhood) 2-3 times a week. And, we grocery shopped (3 different stores) every Saturday morning.

In August, during one of our walks, he seemed unusually tired. Normally I struggle to keep up with him, but this day I had to slow down to let him catch up. We wrote it off to the excessively humid weather we were having that summer.

And then one Saturday, our lives changed. Forever.

My husband fell down.

The Long and Winding Road to a Diagnosis

The following week he went to see the doctor. She checked him over, ordered a bunch of blood tests, and scheduled a follow-up appointment for two weeks later. During that time, he started deteriorating — fast.

It was obvious something was wrong: he could no longer lift his arms higher than his chest and needed help stepping into and out of the shower.

I called the doctor and she agreed to see him the day before his scheduled appointment. More blood tests and an MRI (brain only) were ordered. All the previous blood tests came back normal. A neurologist was contacted.

That’s when God took over, and miracles started happening.

The first MRI was the same week as that second doctor appointment. My husband no longer drove; he willingly let me drive him to his appointments. (If you know my husband, you know this is a big deal!)

The following week the neurologist called. They had a cancellation on Wednesday — could we come in? Yes!

After checking him over, the neurologist ordered more blood tests and another MRI (cervical and thoracic this time).

Thanks to another cancellation, the MRI was done that same day.

We went back to the neurologist the following Monday for an EMG (electromyography) to test my husband’s muscles. A diagnosis was made.

Five weeks after the first fall (and there were more falls) he was diagnosed with Guillain-Barré Syndrome. Two days later our insurance approved the treatments (another miracle) and the infusion center called us to get started that day.

By the end of the 5th day, my husband was almost back to normal. A lumbar puncture the following Monday came back normal.

We thought we were on the road to recovery, but our relief was short-lived. Four weeks later he started growing weak once again.

The diagnosis was changed to CIDP (Chronic Inflammatory Demyelinating Polyneuropathy), which is basically the same as Guillain-Barré Syndrome, except it keeps coming back–it’s chronic. Monthly treatments were scheduled to keep my husband walking and functioning as close to normal as possible.

Over the next 8 months, my husband and I both spent hours reading up on CIDP.

One day we met another gentleman, slightly older than my husband, who also has CIDP. Although some of their symptoms are different, my husband was thrilled to talk with someone who at least has an inkling of what he is going through.

Since CIDP doesn’t affect my husband cognitively, and since he works from his office in our home, he’s not had to miss any work other than for a few doctor appointments.

I’ve learned to be an advocate. I field phone calls from doctors and schedule appointments for him. When he is too weak to drive, I am his chauffeur. When he needs help getting up from a chair (or off the floor) I am there for him.

But, when I need to talk about my fears, I have a group of ladies who are more than willing to listen and pray for me.

God has been very good to us! Considering how fast my husband deteriorated, and how long it usually takes to get in to see a neurologist, we know that God orchestrated each of the appointments and saved his life.

This may not be the happily-ever-after we dreamed about, but, we are working hard to create a new one — one where we control the spin.

Life has taken so many unexpected turns, hasn't it? Having someone to talk to, someone who knows what you're going through, is a priceless commodity.
I would love to share life with you, friend!

Don't worry . . . I am a passenger when I crochet in the car. (I knew you were wondering!)

I'm on a journey to find my new "happily-ever-after" because, to be honest, lately it feels like life is spinning faster than a top.
Want to know more? Let's chat a bit → 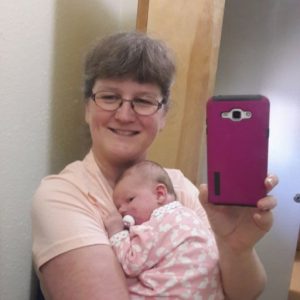 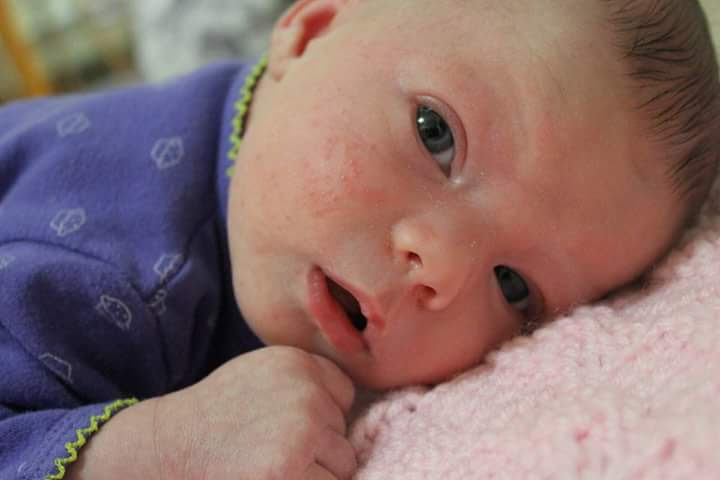 Grandchildren are the best!

I'd love to share the journey of being a grandma with you.
Sign up below to get exclusive updates -- let's walk this road together!

"Nor is there salvation in any other,
for there is no other name under heaven given among men by which we must be saved."

Took the granddaughters (and Russell) to the zoo t

Such a little Huckabean! 😍 Tiny, perfectly made

My own project often gets pushed to the side, but